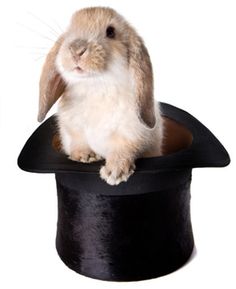 Speaking to In Style magazine, Julia Roberts gave an extraordinary quote about being a working mom.

“One of the greatest things [my mom] ever did for me … I remember asking her—when I had three kids under 3 years old and just felt like I was running in a thousand directions at once—‘How on earth did you raise all of us? You worked full-time, and you did all these things.’ She could have said, ‘Well, you know, you just do your best.’ But she said, ‘Darling, it’s called day care. I dropped you and your sisters off at 7:30 in the morning, and I would pick you up at 4 in the afternoon.’ But it didn’t feel like that to me. I didn’t feel like I was a dropped-off person who didn’t see her mom all day. I just felt completely part of her life, and she was part of mine. And that’s the magic trick: to make people feel that they’re with you when they’re not.”

It made me think about my own childhood. My parents were pretty traditional but also solidly working class. This means that my mom worked more often than not, but also that it was clearly her job to care for my sister and I and my father’s job was to provide. That meant he worked as much as he humanly could at a union job that paid handsomely in overtime hours for anyone willing to work them. He often talks about “not being around” for our childhoods.

And it’s funny – like Julia Roberts that’s not quite my memory of it. Sure, he wasn’t around often and we did notice. But he was also an extraordinary presence in my life. The times he was there – family dinners, summer vacations, weekend camping trips – loom much larger in my memory than the humdrum, day-to-day absences.

My children are having a different experience. My husband and I both work full-time, but my husband’s job as a financial planner affords a lot of flexibility. He has weeks when he misses dinner often because of client meetings and lighter weeks when he’s able to be home early in the afternoon. (My eight-year-old daughter recently asked me if I work “later” than Daddy because I’m starting a new company and therefore have more work to do.) He attends all the school functions (with me, unless my travel schedule makes my attendance impossible), handles the summer camp planning and is more likely to be the one to head home in the case of unexpected illness or other minor emergency. I’m home nearly every night for dinner when I’m in New York, but I also travel regularly and can be away for as much as a week at a time. I rarely pick them up from the bus in the afternoon (hilariously I had to ask one of the neighborhoods dads what time the bus came) but I also rarely work or travel on weekends.

What do you remember of your parents and their work? And how does that inform how you approach parenting?